More information about the mission is available from the European Space Agency Sentinel-1 Mission website.

While both satellites were actively imaging, most global landmasses were imaged every 12 days. Some areas of particular interest to the EC, including Europe and areas undergoing rapid changes due to uplift or subsidence activity, were imaged every 6 days. Refer to the Sentinel-1 Observation Scenario for more information on the acquisition plan used while both satellites were actively acquiring data.

As of December 23, 2021, Sentinel-1B is no longer able to acquire data. An anomaly related to the power supply cannot be repaired, and the satellite will be decommissioned. Refer to ESA's documentation of the end of the Sentinel-1B mission for more information.

While Sentinel-1A is still healthy, the loss of Sentinel-1B has resulted in a significant reduction in the spatial and temporal coverage of the Sentinel-1 mission. Refer to this article by Iain Woodhouse for an illustration of the global impact of the Sentinel-1B failure. The image below illustrates a gap in the acquisitions over Alaska. This area of the Yukon-Kuskokwim Delta did not have a Sentinel-1 acquisition during the summer of 2022 until August 15. 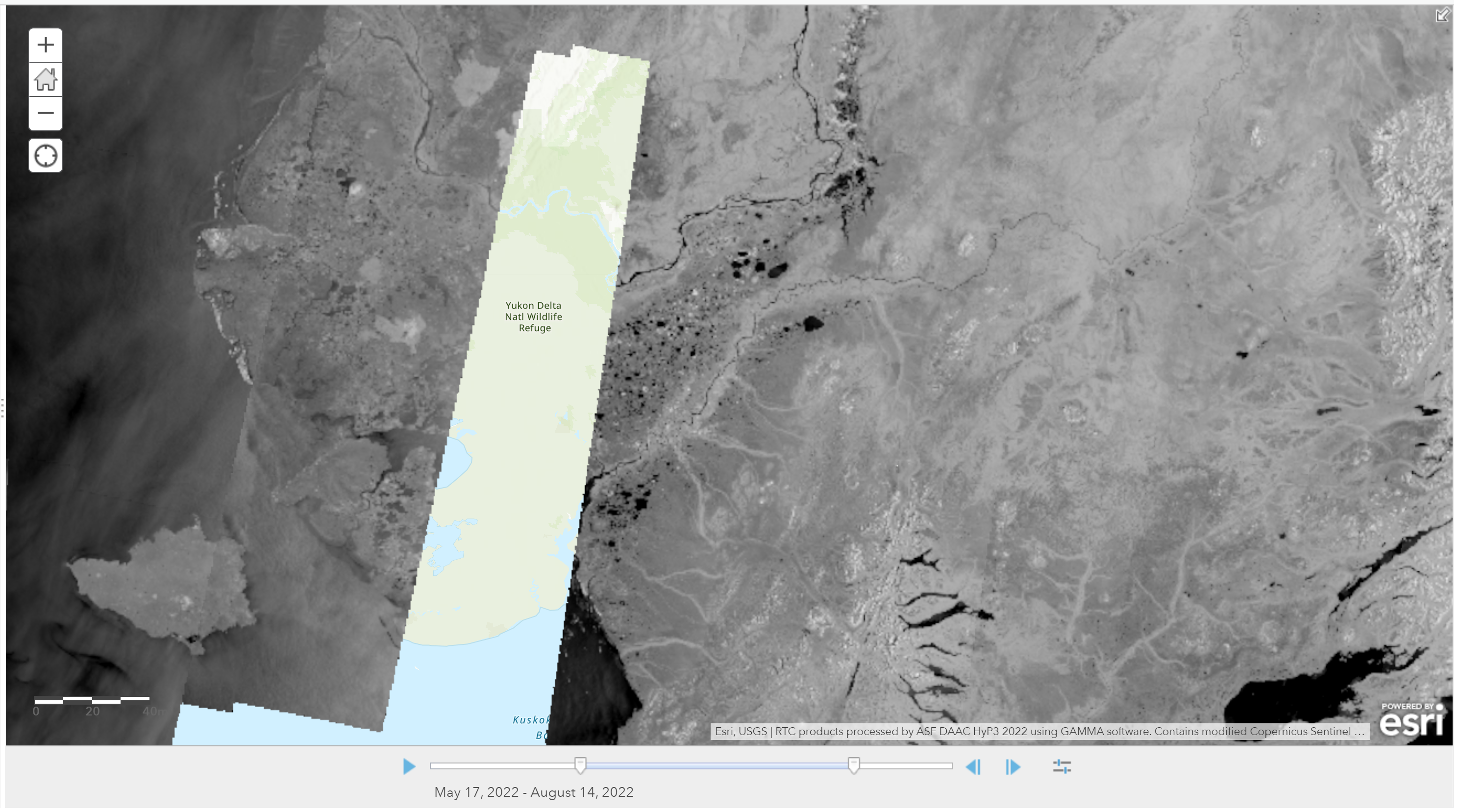 The good news is that Sentinel-1C is waiting in the wings, and launch is anticipated in 2023. This satellite will replace Sentinel-1B, but until that is in place, there will continue to be reduced coverage.

The gaps in coverage were particularly noticeable the first few months after Sentinel-1B lost power, but there are still some areas with little to no coverage. Keep this in mind as you search for data in your area of interest. If there are fewer results than you would expect, you can download current acquisition plans for the mission from ESA to view the acquisition plan for your area and time period of interest.